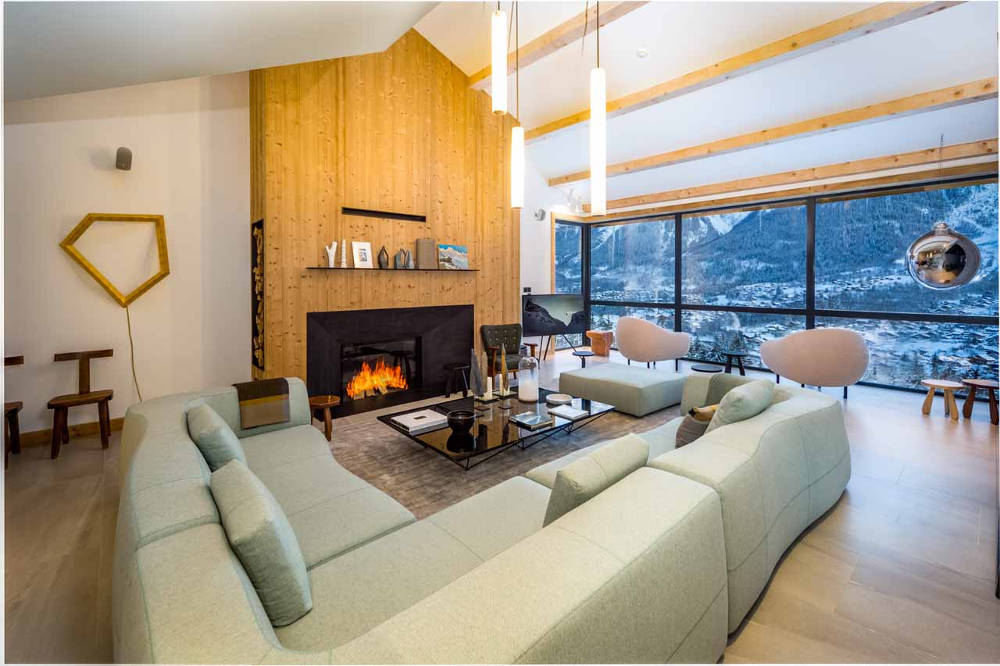 Finding the perfect accommodation for clients is a key part of event planning. Along our almost 20 years of work in the Alps, we have built solid local connections with chalet owners and found some real gems. One of our favourite chalets in Chamonix is without a doubt Le Chalet Mont-Blanc: an impressive, multiple award-winning property. In 2019, The World Ski Awards named Le Chalet Mont-Blanc World’s Best New Ski Chalet.

As this article on chamonix.net points out, Le Chalet is surrounded by stunning mountain scenery, including Mont Blanc. It features an indoor swimming pool, jacuzzi, sauna, gym, massage room, cinema, wine cellar, helipad, 13 bedrooms, plus a studio. All rooms have a south-facing uninterrupted view on the entire mountain chain and get the longest hours of sun in the Chamonix valley.

Le Chalet is an ideal accommodation for guests looking for wellbeing, relaxation and contemplation as well as for those attracted by sporting conquests. It is perfect for corporate groups, large families and friends.

On the outside of the property, guests can explore the beautiful grounds and often spot wild deer or chamois. There’s also a private stream with a waterfall.

Would you like to stay at this stunning property on your next corporate event? Don’t hesitate to get in touch with our Ten80 Team! 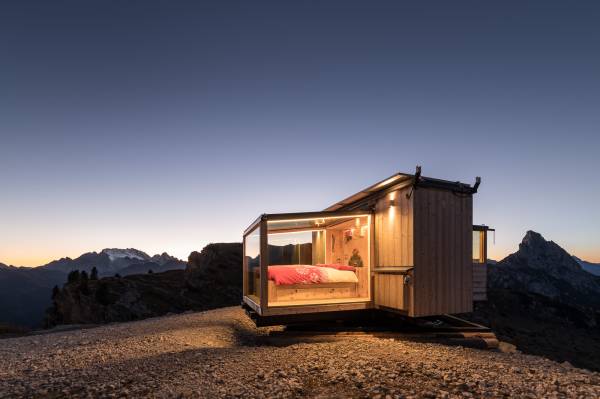 How would you feel about spending the night in a mountain cabin with 360 degree views of the Dolomites? This breathtaking experience is what the Starlight Room in Cortina offers its guests.

We are always looking for spectacular experiences for our clients, so it is no wonder we came across this magical venue. On the Cortina Starlight Room website you can find all the information on how the cabin was conceived and how it works.

The Starlight Room was born from an idea by Raniero Campigotto, who created the first wooden room with glass walls in 2016. The goal was to allow guests to sleep under the stars immersed in breathtaking nature. The project had great success and the design was developed to offer an even more comfortable and exciting experience.

The Starlight Room follows sustainable principles, as it is made using larch and fir wood crafted by local artisans and features solar panels to generate power. The room rotates around itself to offer ever-changing views of the breathtaking surroundings. The interiors show the traditional style of mountain cabins, made with natural wood and fabrics from Cortina.

The room features two areas. On one side, a table furnished with a bench to enjoy a romantic dinner while watching the sunset. On the other side, a queen-size bed for the night. The glass walls offer unmatchable views over the Dolomites. The room has a small bathroom and is equipped with a heating system to guarantee maximum comfort in winter times.

The Starlight Room is located in a quiet, secluded area. The Rifugio Col Gallina staff drive guests to the room by snowmobile in winter and off-road vehicle in summer.

If you would like to try this incredible venue during your event, look no further. We have connections to local suppliers in all our destinations and we are always thrilled to include spectacular experiences in our clients’ event agenda! 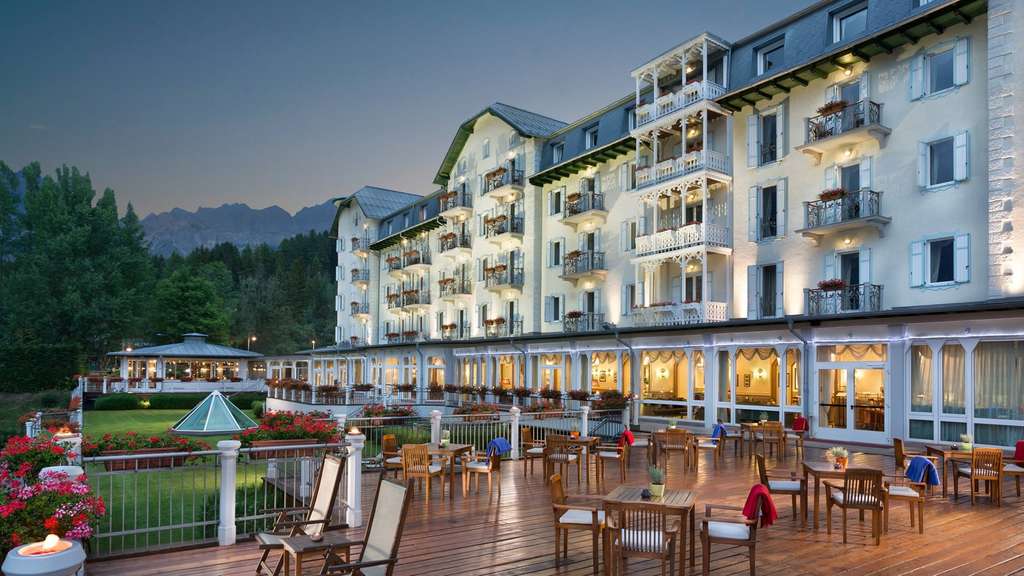 In almost twenty years of event management, we have definitely learned one thing: accommodation is key for the success of an event. We spend a considerable amount of time searching and visiting properties while always being on the lookout for new openings. That’s why we were so excited to hear about the opening of a new Mandarin Oriental hotel in Cortina d’Ampezzo, Italy.

As this article on hospitalitynet.org explains, Mandarin Oriental has signed a long term management agreement to rebrand and manage the historic Hotel Cristallo. The property will undergo a substantial renovation, re-opening as a Mandarin Oriental resort just before the Milano-Cortina Winter Olympic games.

Mandarin Oriental Cristallo will be the Group’s first alpine resort and expands Mandarin Oriental’s presence further in Italy. The property sits above the most recognized mountain village in the Dolomites, a short walk away from Cortina d’Ampezzo, known as the ‘Queen of the Dolomites’. Venice Marco Polo Airport is reachable in one and a half hours by car.

Hotel Cristallo was built in 1901 by the Menardi family and was a popular ski destination in the 1930s for the European cultured elite. After the Olympic Games of 1956 the Hotel entered its “golden era”, hosting royals and celebrities, including Peter Sellers, Frank Sinatra, Saul Bellow and Vladimir Nabokov. It has featured as a backdrop for a number of award-winning films, maintaining its historical charm as an early 20th century grand hotel.

On re-opening as Mandarin Oriental Cristallo, the hotel will feature 83 guestrooms including 30 spacious suites with beautiful views of the Dolomites. The property will also feature a range of restaurants and bars, flexible spaces for entertainment and events, as well as an extensive spa and wellness facility, which includes a swimming pool that transverses from inside to outside the building. 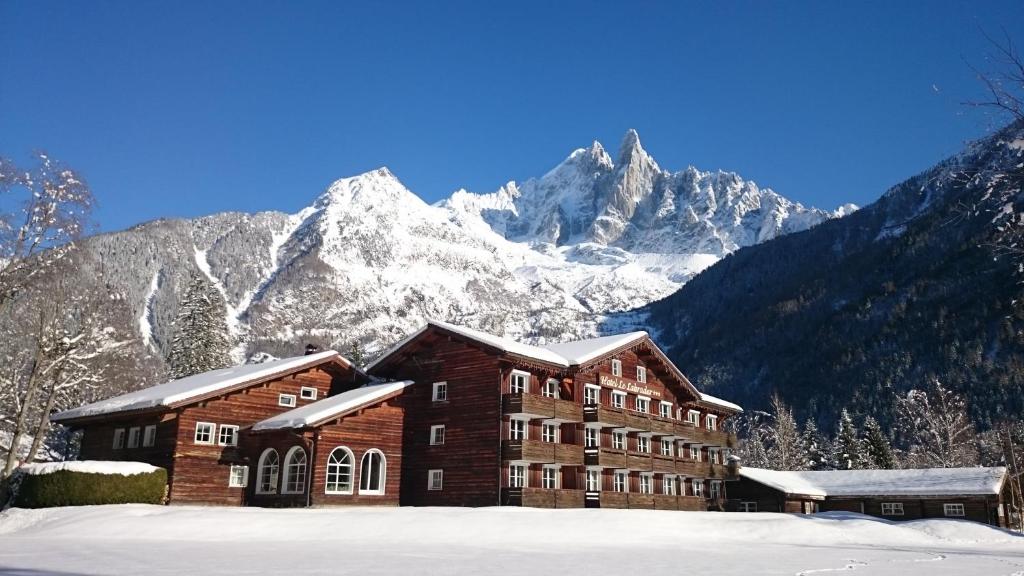 Although we have been based in the Chamonix valley since 2004, there is always some exciting, new event venue to discover. And one thing is certain: we do love it when a property turns out to be brilliant for our clients! We recently took a corporate group to the Labrador hotel in Chamonix and they absolutely loved it. So much so that they are looking to come back next year already!

The Labrador Hotel is ideally situated on the prestigious Chamonix Golf course, designed by Robert Trent Jones Senior, facing Mont Blanc and located just 300 m from the Flégère cable car. The hotel is located only 250 meters from the Flégère ski lift and only 3 km from the centre of Chamonix and the Aiguille du Midi cable car, giving you access to the prestigious Chamonix ski area and its 163 km of slopes. The property benefits from an exceptional natural environment with a southern exposure facing the Mont-Blanc, at the gates of the Aiguilles Rouges natural reserve. The Labrador hotel welcomes you with a breathtaking view of the Mont Blanc and the Drus for a romantic getaway, a family stay or a professional seminar in the Chamonix valley.

After a strenuous day of skiing or hiking you can enjoy the wellness area from 4 – 9.30pm: Jacuzzi, sauna, steam room and multi-jet shower. Massages and treatments are available on appointment.

At the Labrador hotel you will find a professional team whose purpose is the smooth running of your stay. A warm and smiling welcome in an authentic and comfortable setting will make your stay an unforgettable experience!

Sounds great for your next conference or incentive trip? Contact the Ten80 team and we will arrange an amazing company event for you and your colleagues in this fantastic new event venue.