Alistair was born in the States and grew up in Scotland. After graduating from Nottingham Trent University, he enjoyed a successful London advertising and media career for over a decade, before moving to Chamonix to create Ten80 Events.

Living in the mountains, Al is a keen skier, below average snowboarder and a huge fan of rock-climbing and trail running, having recently taken part in the annual Marathon du Mont Blanc in Chamonix. Al would love the opportunity of running an event from Cape Town – abseiling down Table Mountain, experiencing an unbeatable African bush safari and sampling the mouth-watering tastes of the Cape Winelands wineries. 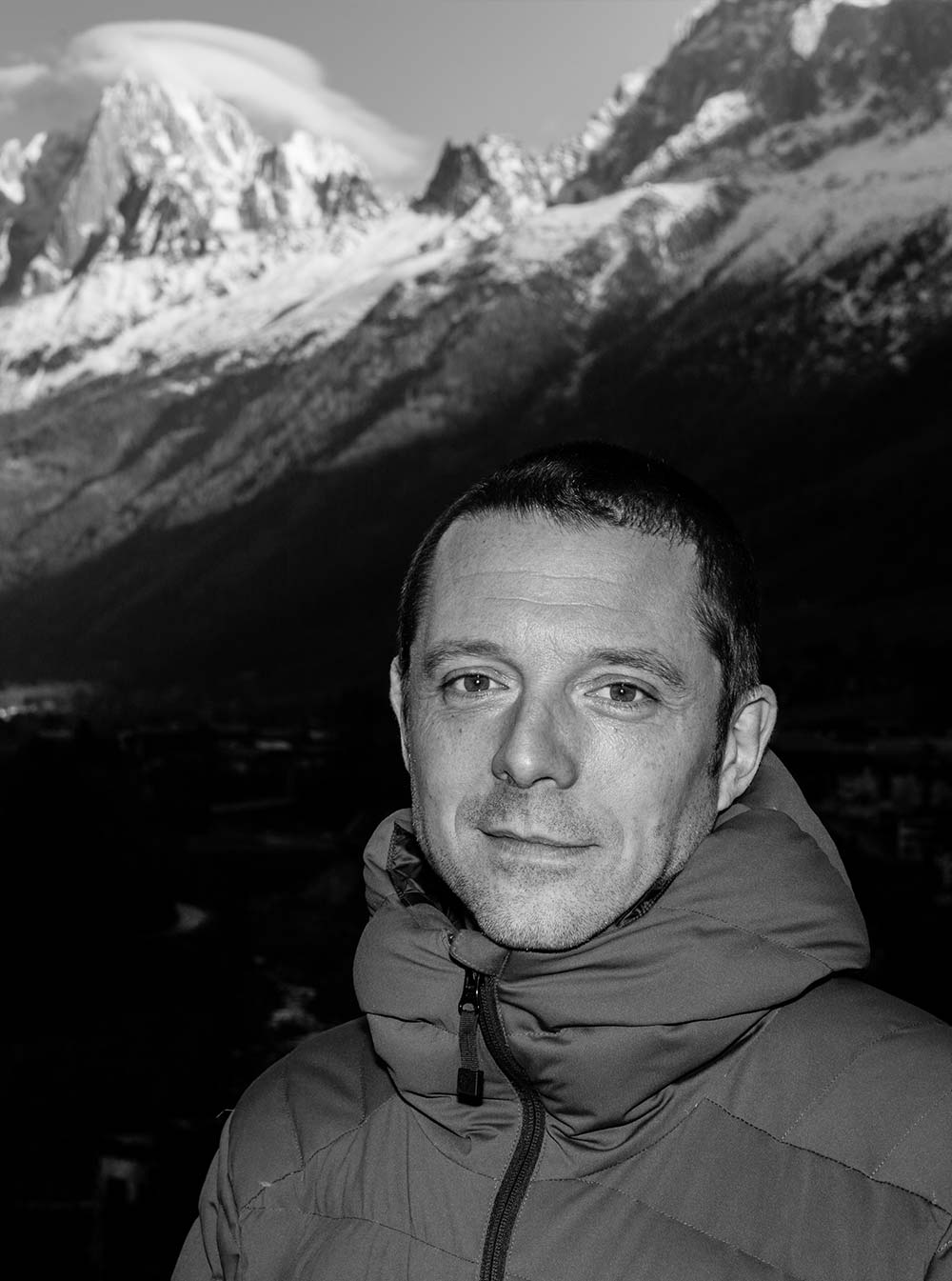 Tim graduated from Plymouth University with a degree in Engineering and headed straight to London where he worked in media agencies for eight years. A spontaneous ski season in Chamonix with Al, led to the birth of Ten80 Events. Tim loves skiing and the summer mountain sports of trail running, biking and mountaineering, plus has summited many of the local peaks, including Mont Blanc. Tim is also one of the co-founders of Altitude Gin, a premium Alpine Dry Gin.

Motor sport runs through his family, so events that are ‘petrol’ related would be hot on his list. 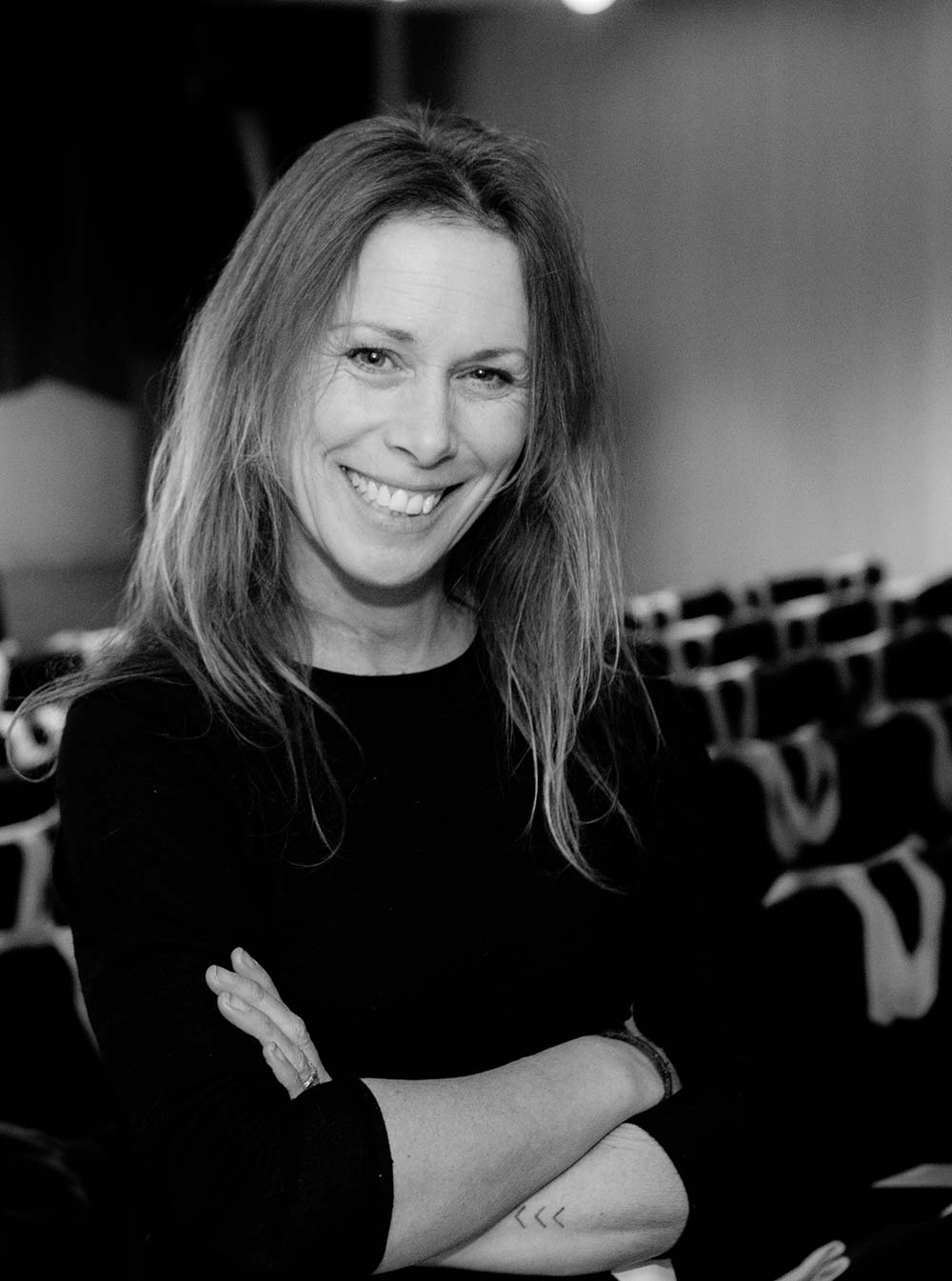 Claire has been in the event planning business for over two decades, spanning 27 countries across the world. Claire now heads up the Ten80 event planning team, lauded for her excellent managerial skills, phenomenal creativity, inimitable eye for detail and technical production mastery.

Claire now juggles Ten80 Events management with her two young children, an errant dog, a farmhouse renovation and her love of skiing, hiking, climbing and paddle boarding. Claire would love to create a bespoke event combining the adventure of the Amazon rainforest with a hedonistic party on Rio’s beaches. 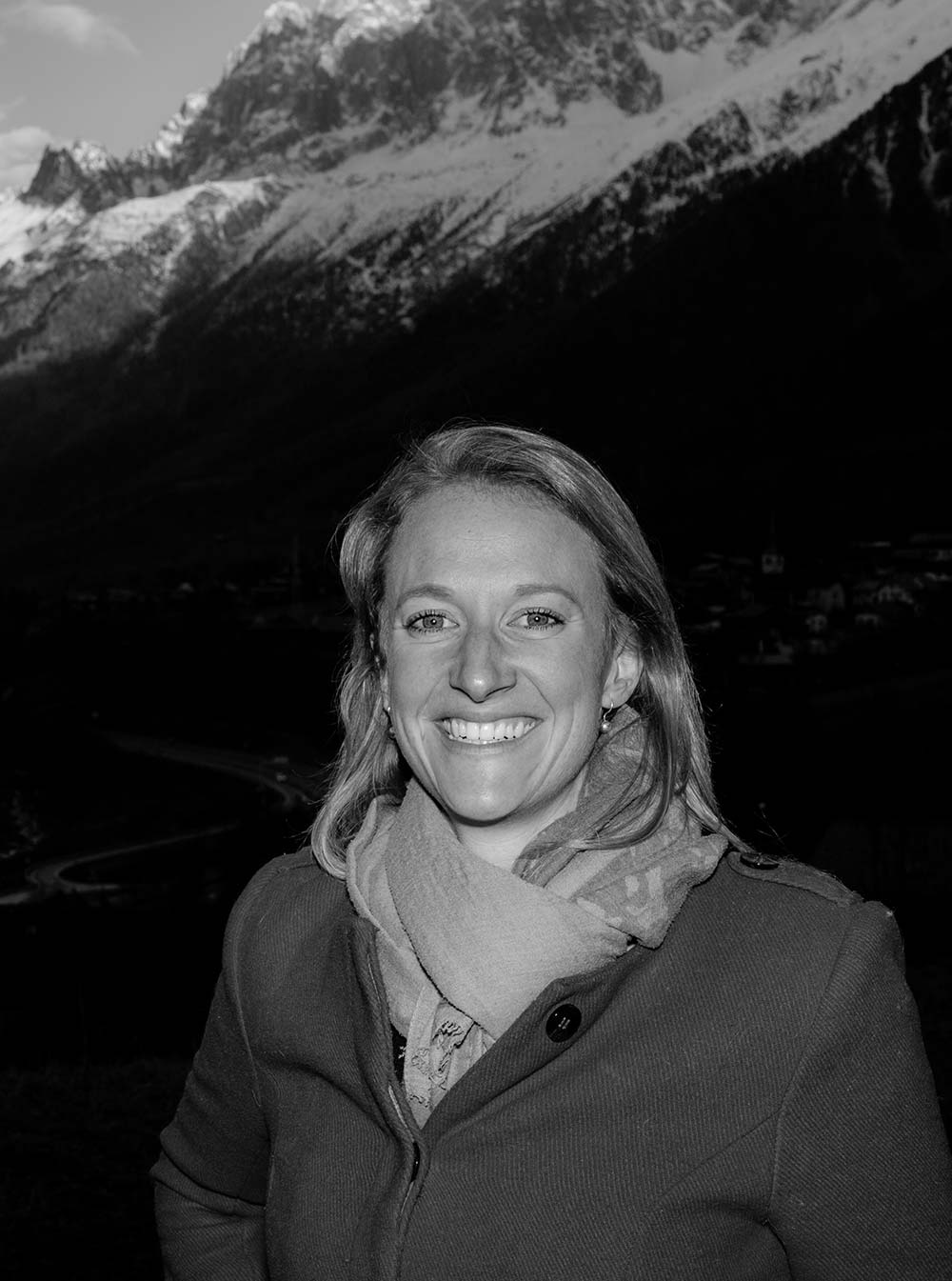 Flore graduated from her french University with a Master’s Degree in Tourist Management, having spent a year in Canada and then settled in the South Pacific, New Caledonia, working as a Group Events Manager, organising a major FIFA football event with the French football team.

Flore followed her passion for travel and spent six months in Benin, Western Africa, to launch a community-based ecotourism project, before settling down in Chamonix, not far from her home town of Annecy.  Since living here, Flore has become a highly skilled yoga practitioner, so between being on a yoga mat or travelling the world, she is heading up some of Ten80’s largest events.

Having travelled the world, Flore would love to run an event in Oman. From scuba diving and ancient forts to incredible desert camps, she believes the Middle East is the best kept secret for bucket list experiences! 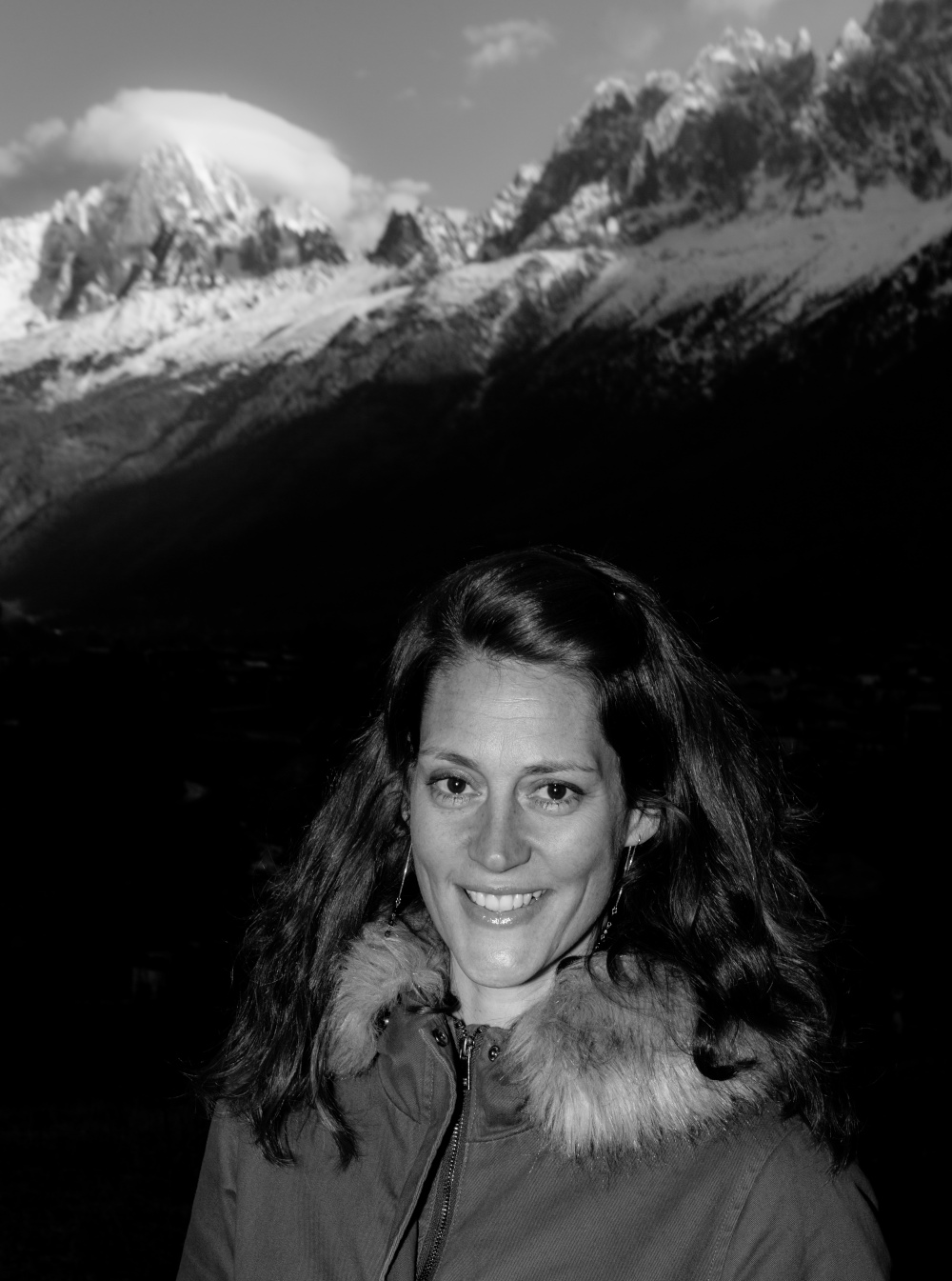 Katy proudly founded two of Chamonix’s well-known bar-restaurants Le Délice and The Kitsch Inn. She is a popular funk singer and complete muso, so is often seen on Chamonix’s entertainment circuit, plus spent years organising weekly music events, bespoke weddings and parties at both venues. This excellent event planning skillset has been transferred to the Ten80 business – she loves to find a new angle and unique twist to make every Ten80 event unforgettable.

Katy would love to run an event to include one of the cool European music festivals, such as Primavera Sound (Barcelona), Ultra Europe (Croatia), Sziget (Budapest) or EXIT (Serbia). 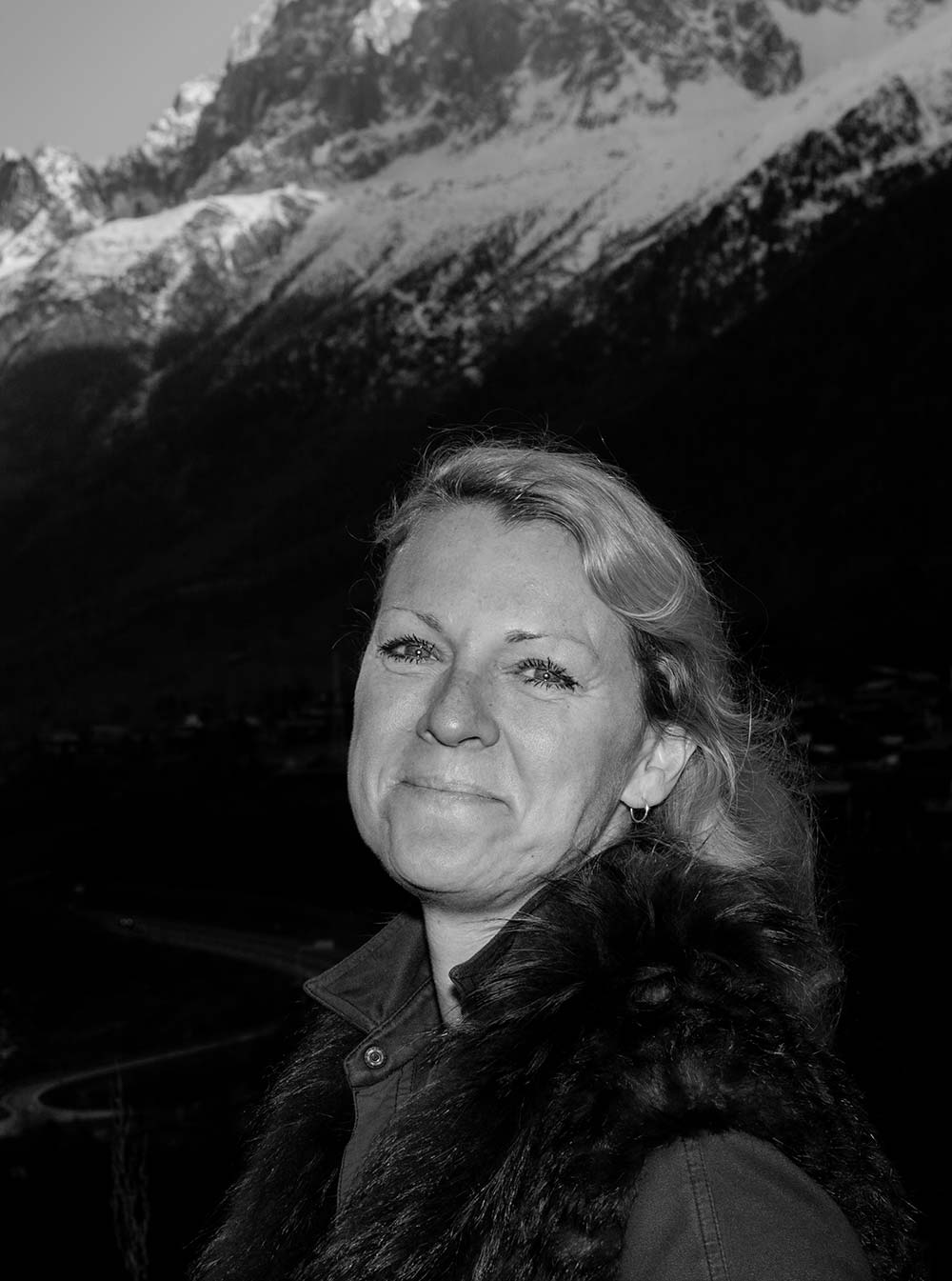 Belinda originally hails from Haslemere, Surrey where she worked as a lifestyle journalist in London for 15 years, before casting off for an ocean adventure, which involved winning a crewed round-the-world yacht race in 2006. BB has hosted corporate sailing events on the Solent and the Aegean seas.

Since moving to the Alps over a decade ago, Belinda has managed James Blunt’s Verbier chalet and organised parties in an igloo. She is a bilingual journalist and business administrator who would love to work on an ancient history adventure tour of the Eastern Mediterranean. 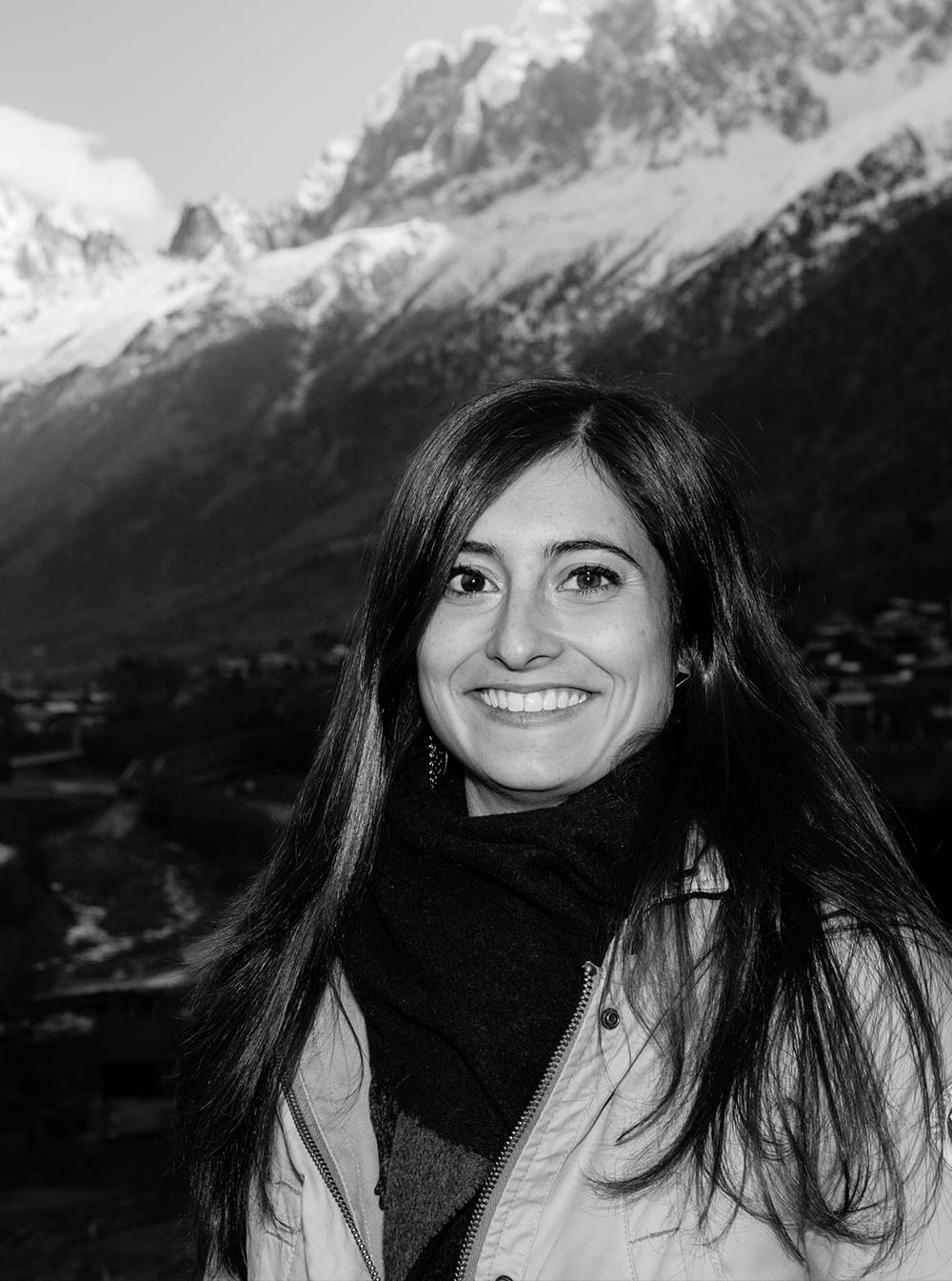 Proudly Italian by origin, Penelope (“Peps”) travelled the world for quite a few years to follow her passion for foreign languages until landing in Chamonix last October.

After completing her Masters Degree in Event Management, she gained invaluable experience working at the Hermitage Museum in St. Petersburg, then throughout Les Trois Vallées and subsequently in London, venue sourcing for clients such as Barclays, HSBC and KPMG.

Peps has a passion for gymnastics and all circus-related disciplines, so she is currently working on her slack lining skills in the Chamonix Valley.

She would most definitely love to run an event in her beloved Italy – maybe Lake Maggiore, where she grew up, or Courmayeur, where she fell in love with the mountains 20 years ago! 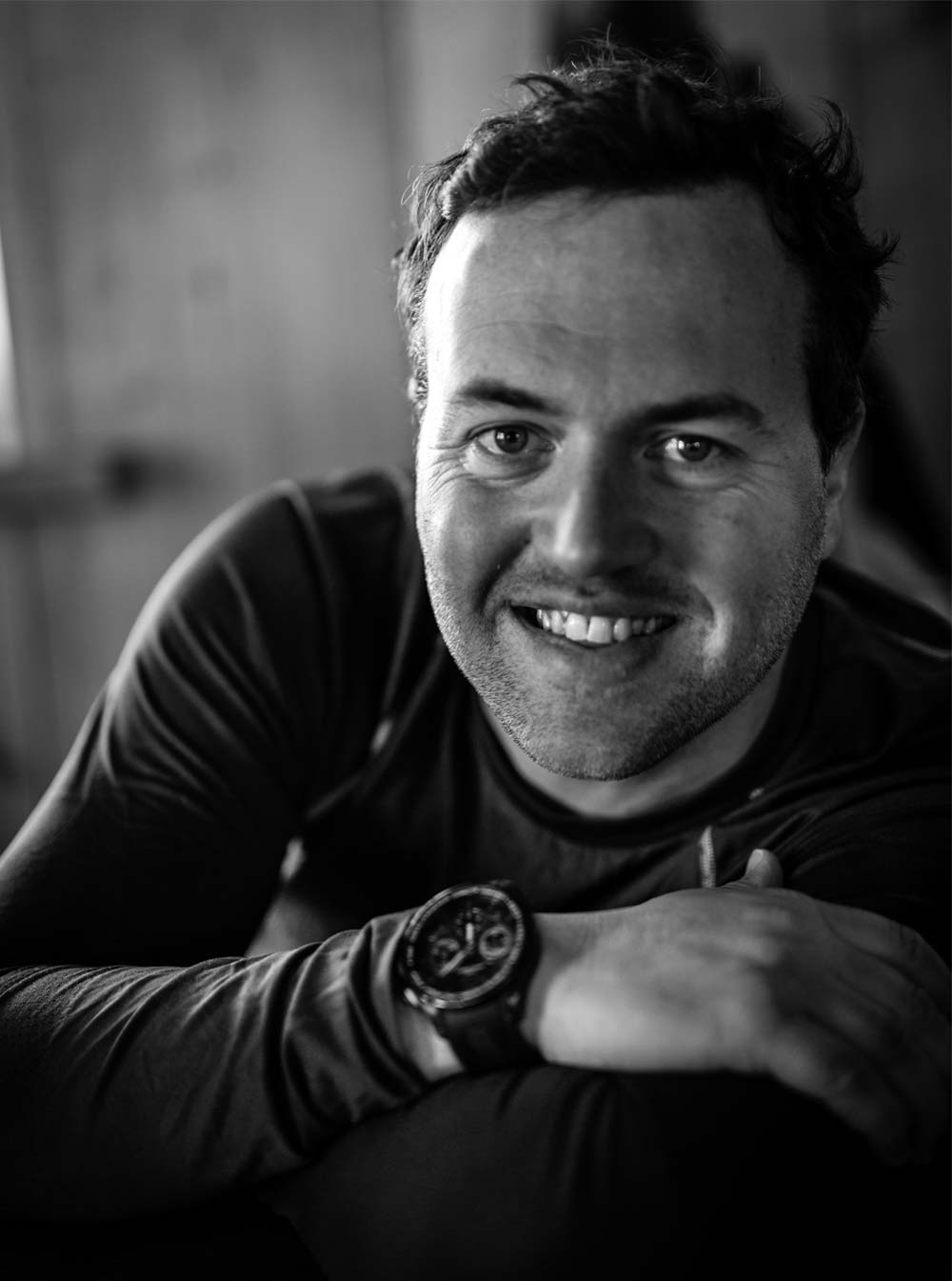 Charlie Davies is a commercial lifestyle & adventure photographer and has been an integral part of the team since 2007, capturing the unequivocal spirit of Ten80 Events. Charlie’s most memorable moments with us have been flying drones across Southern Iceland and filming clients skiing the Vallée Blanche.

Over the last 12 years he has also photographed some of the world’s most iconic faces, such as Tom Hardy, Joanna Lumley, Lana Del Rey, Bruce Forsyth, Boy George, Noel Gallagher, George Michael, Billy Ocean and one of the world’s leading high-altitude climbers, Kenton Cool.

Charlie has had some stand-out commissions in his career: to photograph the inspiration Invictus Games, the unveiling of the poppies at the Tower of London, including Joss Stone and Jeff Beck’s single cover for the Royal British Legions Charity and capturing Richard Branson’s charity climbing mission to Mont Blanc, from a helicopter.

Charlie now lives in Surrey Hills with his wife and 8-year old son. 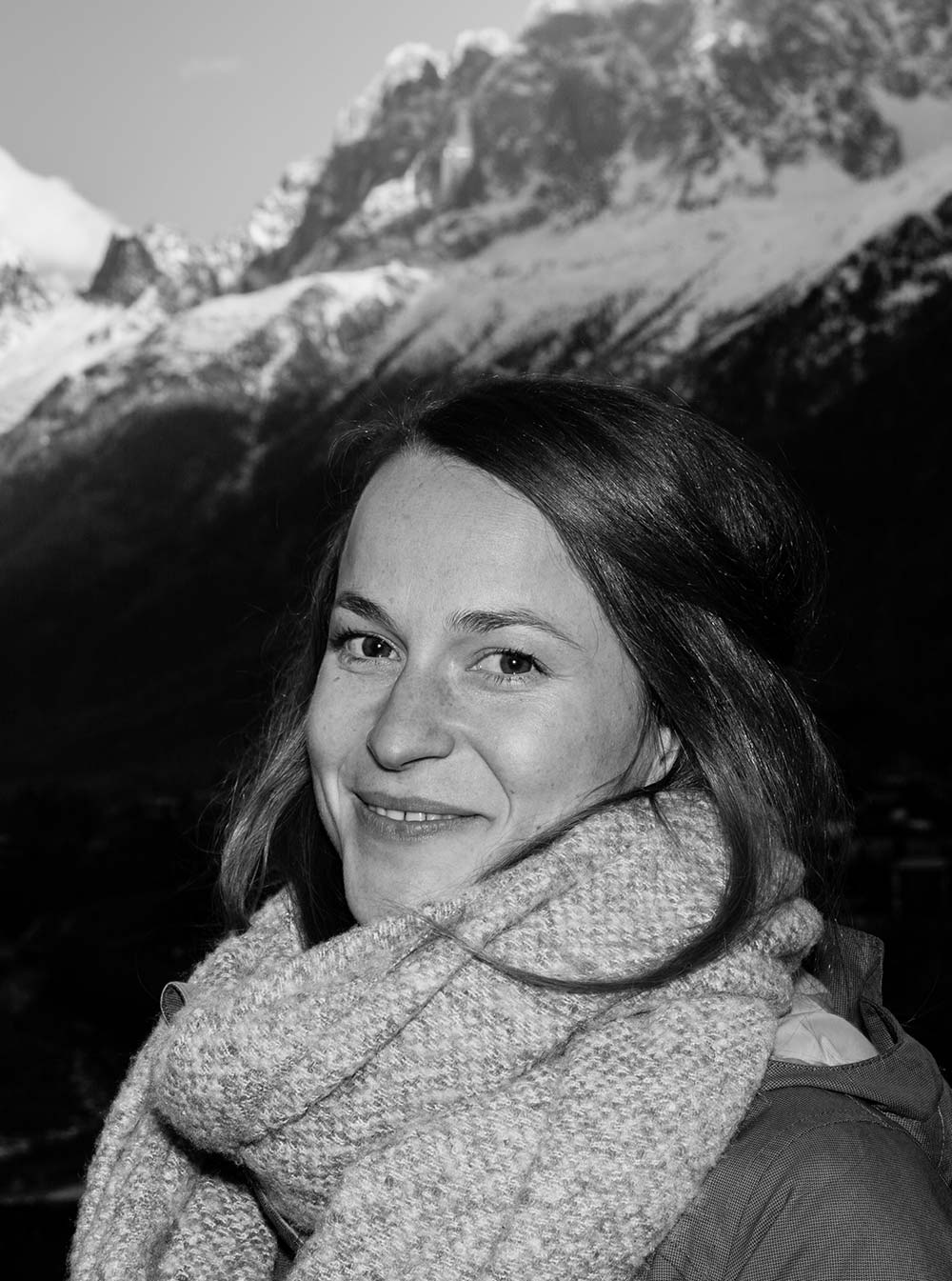 Laura was born in the beautiful town of Brasov, Romania, fringed by the peaks of the Southern Carpathian Mountains. With a background in media and advertising, Laura has spent the last 8 years gaining additional experience in project management and events planning. Highlights have been organising the FIS Ladies Ski Jumping World Cup at Rasnov, Romania and running educational programmes for children.

Laura is an International Mountain Leader and a keen cyclist, having cycled some of the most beautiful rural landscapes of Romania. Her hobbies are skiing, snowboarding, biking, climbing and botany.

Laura would love to run an event in the virgin landscapes of Patagonia – definitely a contender for the most beautiful place in the world. 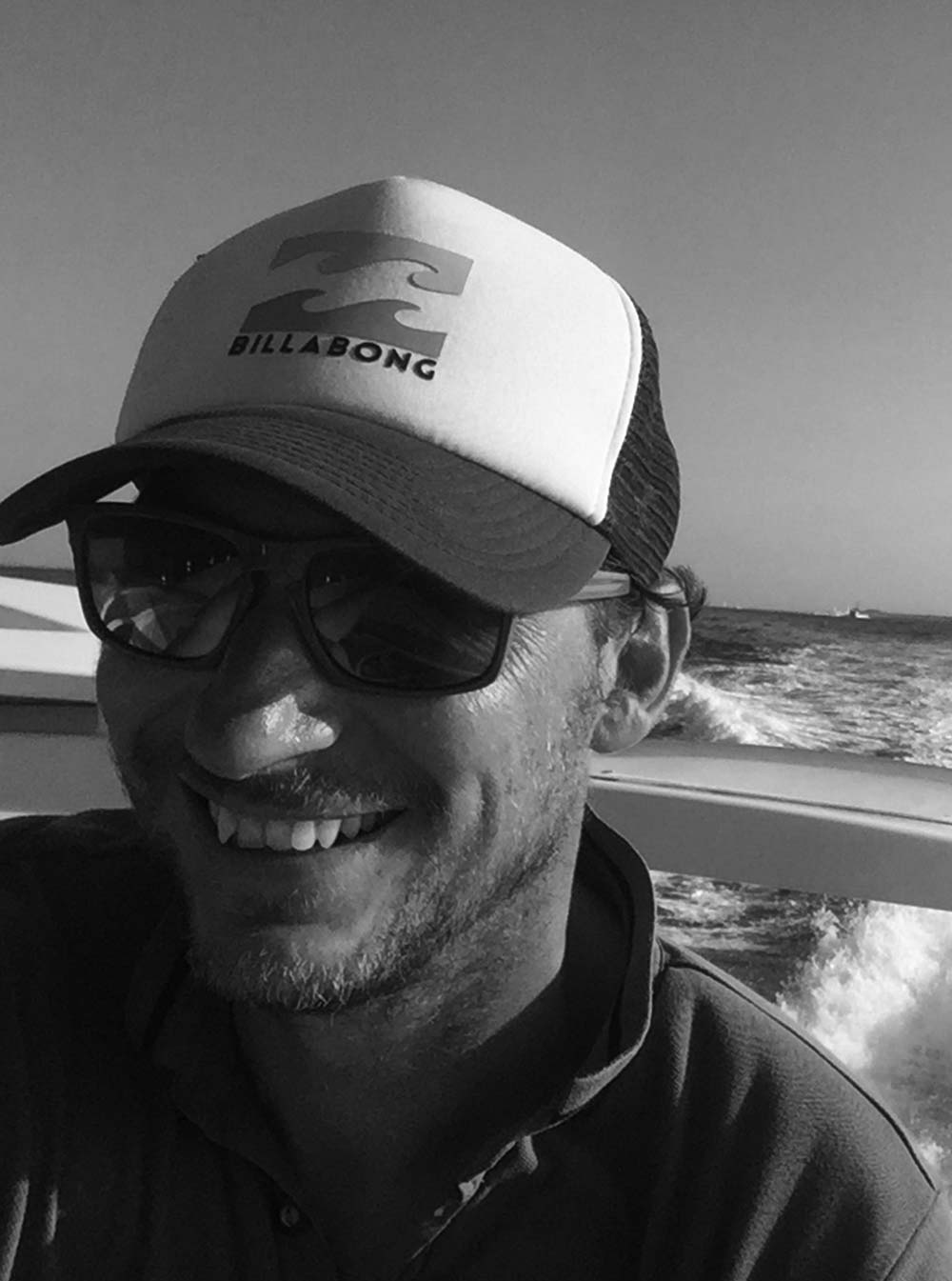 Hayden followed his passion for the ocean in 2011, moving to Ibiza to start his own charter and management company Aura Ibiza Boats. Hayden is now our regular skipper in the Balearic Islands and is a familiar face on and off the water.

As a seasoned snowboarder in Val d’Isere, Morzine and Chamonix, Hayden also joins the Ten80 Events team as an Event Coordinator across the winter months. Having owned the infamous ‘Aura’ nightclub in Ibiza, Hayden always makes an evening out unforgettable! 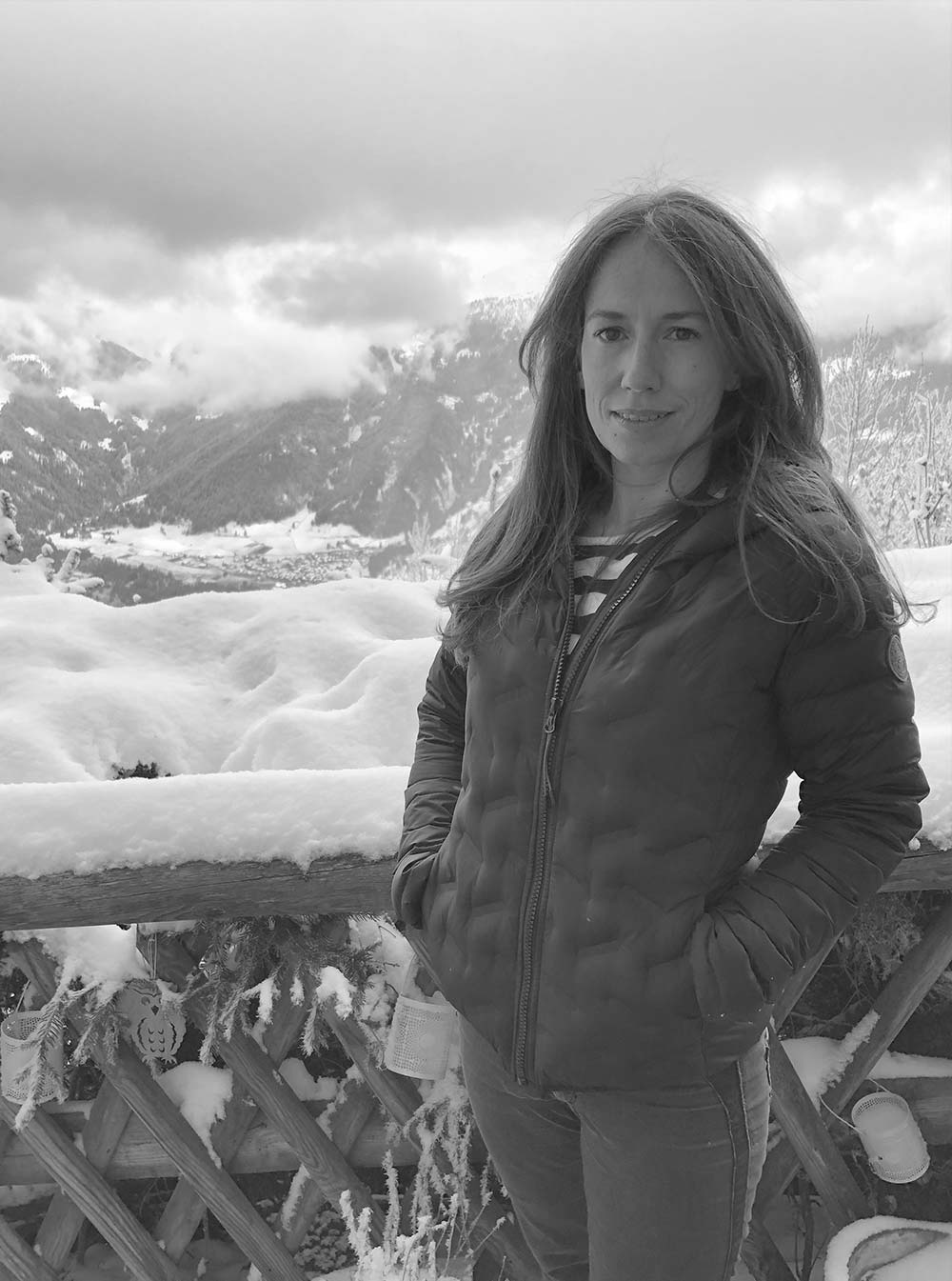 Originally from Oxfordshire, Vanessa has been based in the Swiss Alps for the last 14 years and gained invaluable experience in event management. Vanessa has had the fortune of working with the F1 Ferrari team, activating the annual alpine electronic music festival Polaris and being Operations Manager at Sir Richard Branson’s Lodge. Vanessa’s favourite Ten80 event was in Verbier for the launch of L’Oréal Men Expert with celebrity influencers Jim Chapman, John Chapman and Marcus Butler!

Vanessa loves a party and any excuse to dress up, so would love to organise an event with a carnival theme in Rio de Janeiro. On the flip side, she is also a Pilates and Yin Yoga instructor, loves Reiki and crystals and is a huge believer in the power of our own energy!