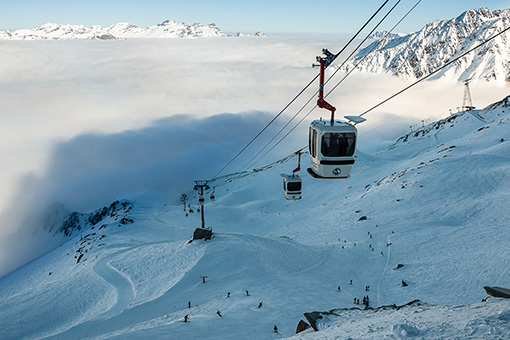 Back in 2018, the Grands Montets ski area in Chamonix was severely affected by a fire which destroyed its two cable car stations. The accident severely impacted access to the area and deprived skiers of lift access to glacier skiing, previously reached via the top Grands Montets station. The Compagnie du Mont Blanc has recently unveiled exciting plans for the replacement of the Grands Montets lifts.

The project has been entrusted to the famous Italian architect Renzo Piano. For those who don’t know him, his notable buildings include The Shard in London, the Georges Pompidou Centre in Paris and the Whitney Museum of American Art in New York City.

The project is very big and will likely take some years, currently aiming for completion by the 2023/24 season. The current building will be replaced by a more compact cable car station in a better location for public transport users, to include direct access to and from Argentière village and train station.

As a Chamonix spokesman reported: “The Compagnie du Mont-Blanc is working with determination and passion to imagine and carry out a fully integrated project for the Grands Montets site. This large-scale project must respond to the challenges of ecological transition by collectively imagining mechanism for the next fifty years. It is with this in mind that we work and will keep you informed of the progress of the project”.